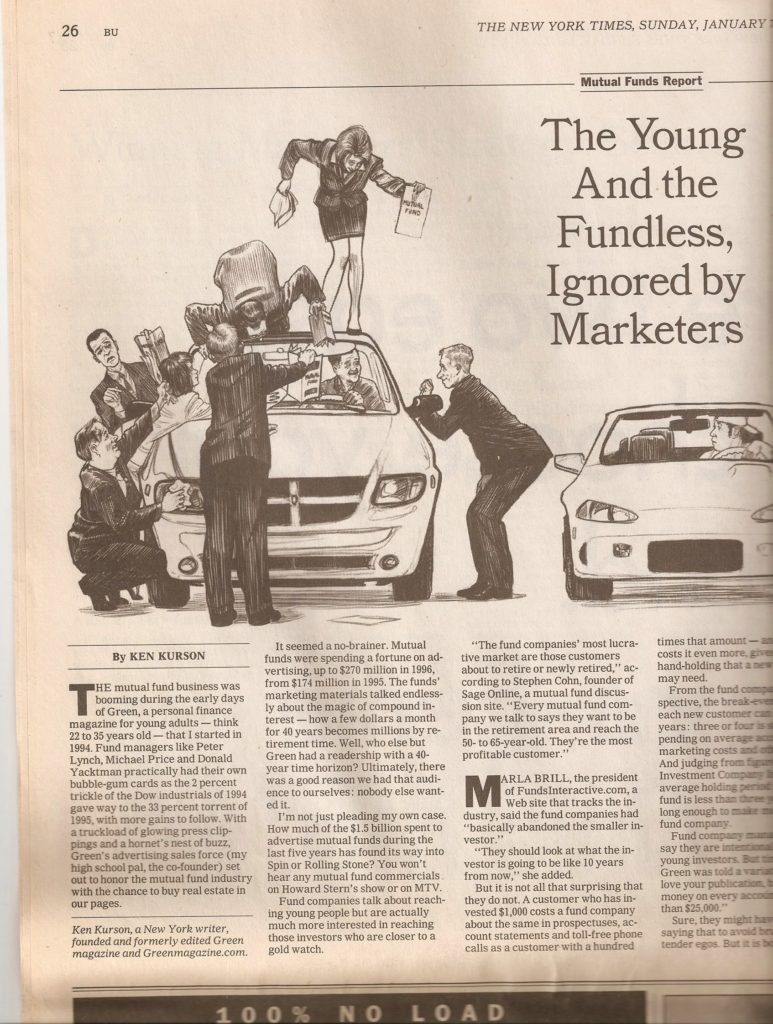 Allen Myerson and his wife Carol lived in Montclair in the apartments near the A&P on Valley Road, right down the road from where my then-wife and I lived. We became friendly with them and went out a few times as couples, even spending New Year’s Eve together at the “fancy” restaurant in Watchung Plaza one year.

He had assigned Abby Ellin to write a profile of Green magazine and me, and the three of us had lunch at Grand Central Station. Later, Allen assigned me to write a story about why financial services companies always talked about the importance of starting young but never actually did anything to reach young investors. That’s how this story came about.

Allen was a real newspaper guy, having moved around the country working his way up from like the paper in Lexington, Kentucky to the Dallas Morning News until finally the New York Times called and made him the editor of the personal finance section. I remember that we joked about how his middle name was the same as my Hebrew name.

Allen was struggling with some personal things and we talked a little about it from time to time, but he was just so smart and such a good editor, it wasn’t easy to see the dark clouds that were gathering. He and Carol moved from their Montclair apartment to a house on the main drag in next door Glen Ridge, but it was increasingly clear that things were getting rough for him. And then he stunned everyone who knew him when he jumped out the window at the Times’ old building on 43rd Street.

My wife and I went to the funeral and then sat shiva at that Glen Ridge house. He was a very good guy.