Abby Ellin was a friend of Monica Corcoran, my colleague at Worth magazine (and my friend). She’s also a great writer who I hired for several pieces for Observer. Abby has one of the most wonderful distinctions ever. She is the inventor of a Ben & Jerry’s flavor—Karamel Sutra.

In 2000, she was assigned by the Times to write about Green. She and I and the money section editor, Allen Myerson, had lunch at Grand Central Station and her lengthy feature, Finance By an Ex-Punk Rocker, captured Green’s essence, nicely. The photo was taken on the boardwalk in Atlantic City, where the Green crew had gone for an outing.

I have a funny quote in this story:

”Am I doing well? Absolutely,” he said. ”My dad was a traveling salesman of motorcycle parts. Some years were good; others we had to sell our piano and all our furniture. I probably make more than he ever did. But I’m poorer than 90 percent of the people I’ve interviewed in my career as a business journalist. I’m on the phone all day with people, many of whom are brilliant and hard-working but plenty of whom are lazy dunces — who spend more than my annual income on wine.”

There is some kind of minor correction appended to the story, but I just noticed another flaw, 18 years later. I have never owned a Harley-Davidson. 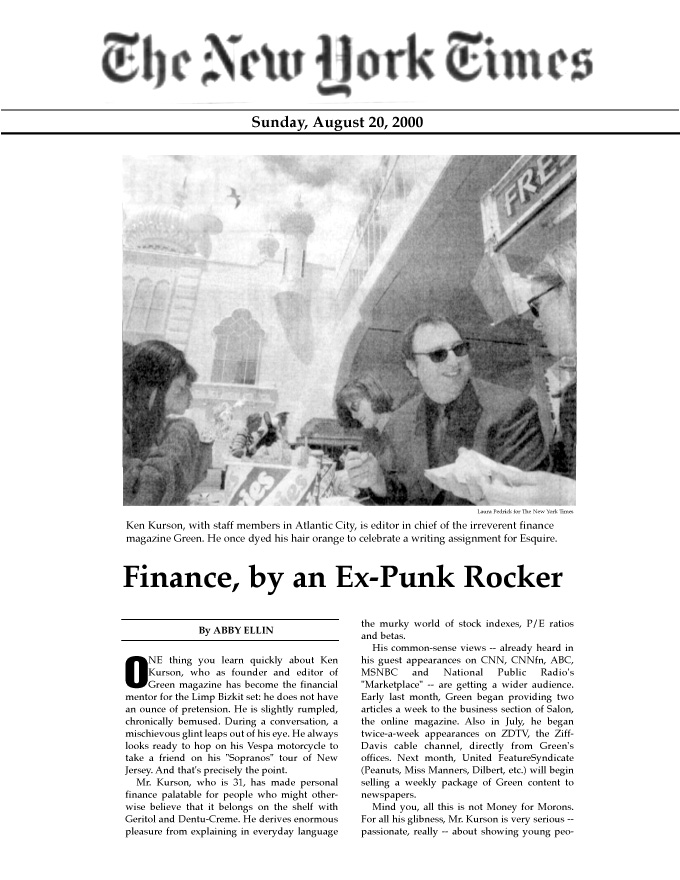