This was the first piece I ever published in The New York Times—a review of Peter Kuper’s comic about Franz Kafka that appeared in the Times on June 4, 1995. I remember thinking it was a huge longshot to get something in the Times when I wrote to section editor Eric Asimov with the idea. “Wrote to” as in sent an actual letter in the mail, introducing myself and saying I’d like to write about this extremely innovative graphic novel at a time when the whole format was new. Days later, Asimov called and said “Good idea, go for it.” I was stunned—I didn’t know him or anything and had such a strong impression that these kind of opportunities were wired to be handed out to writers with “connections.” He just liked the idea and thought I’d do a good job on it based on my many clips writing about indie comics from free weeklies. This was a huge break for me and I remember buying that Sunday paper in Chelsea on Saturday night and being just thrilled to see my name in all caps in The New York Times. 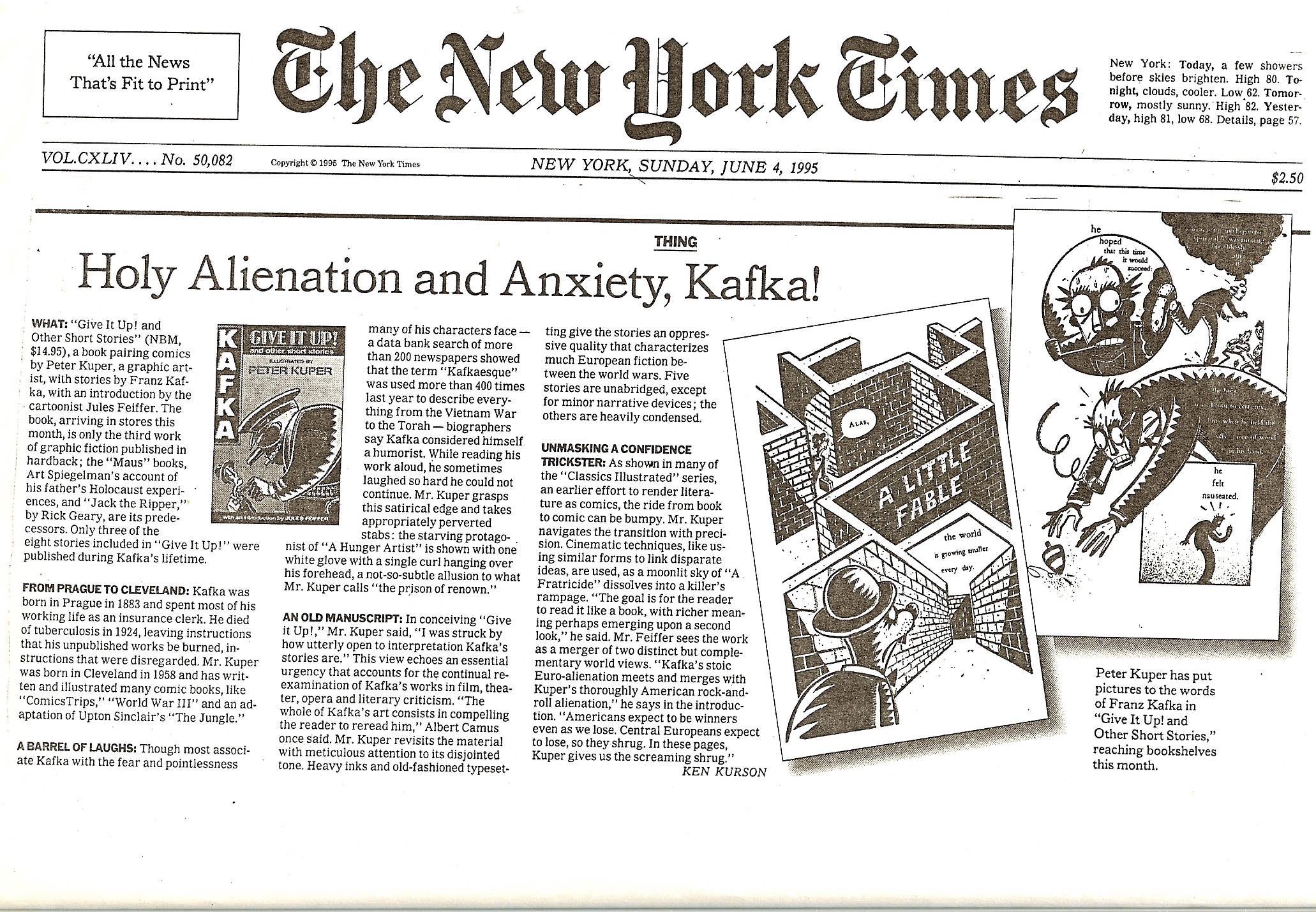