Sheldon Adelson was a giant, in several different pursuits. He had vision and toughness and tremendous chutzpah. Plus he was kind to me. I had many personal interactions with him for the 20+ years I knew him. I wrote about some of them in this obituary for the California Globe. In the photo of me standing with Sheldon Adelson and Michael Steinhardt you can see my son Steve directly behind Mr. Steinhardt. I cannot remember the precise nature of that event, but it was at a fancy apartment in midtown and had something to do with healing post civil war Rwanda.

This photo was taken at a dinner in 2012 benefiting the IDF that took place on the aircraft carrier USS Intrepid in the Hudson River, only a few blocks from where I live now. Sheldon was the primary sponsor of something like “American friends of the IDF Air Force” or whatever and he invited Rudy Giuliani and me to sit with his daughter Sivan and son-in-law Patrick at the head table. 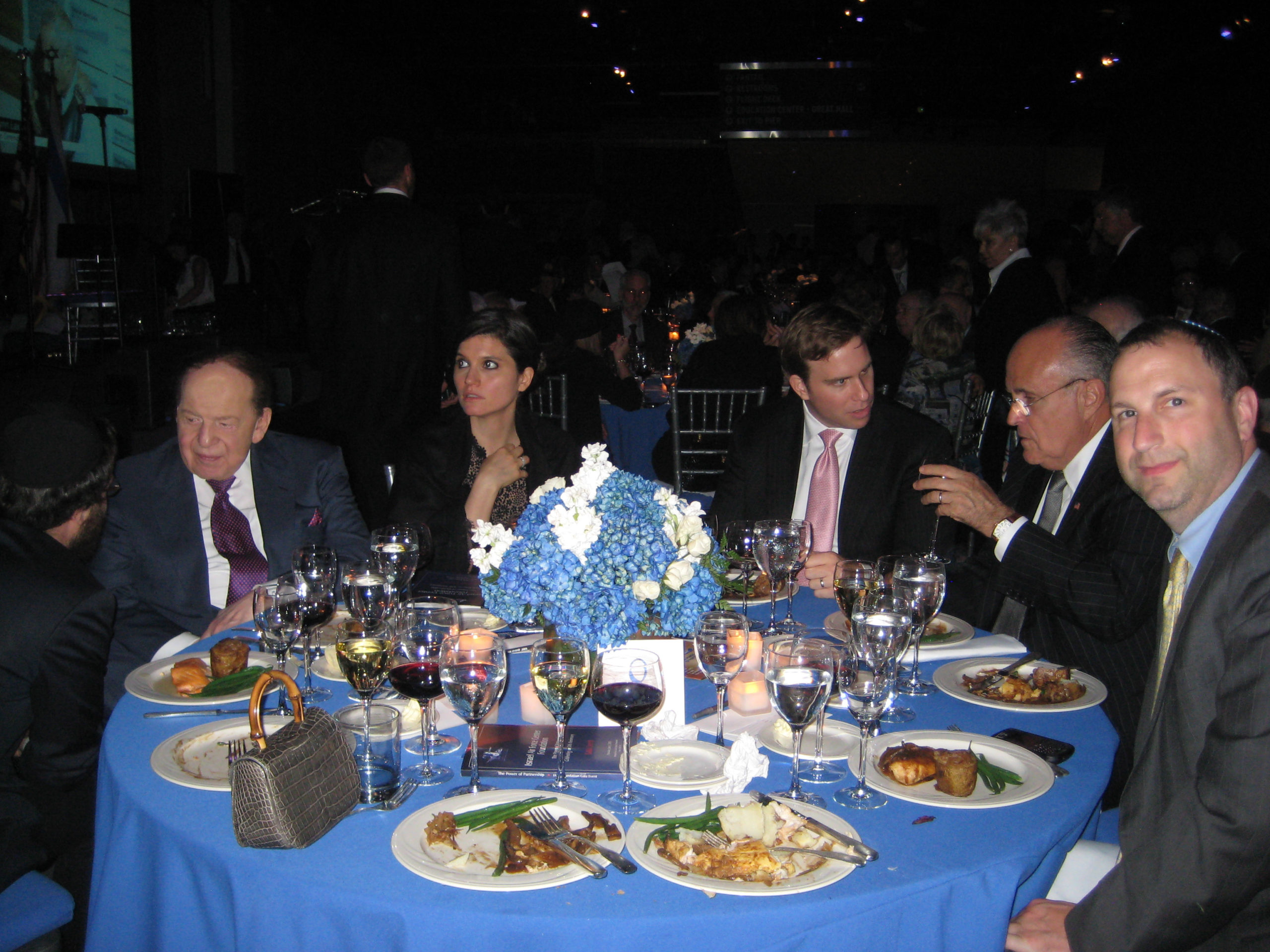