For the August 2014 issue of Esquire, I wrote a column called “Is Chipotle’s Skyrocketing Success Too Good to Continue?” I detailed my sense that the company really was excellent and special and built to last. And … was still overpriced.

That turned out to be a good call on both fronts.

Chipotle was trading for $600. It stayed under $600 from November 2015 through February 2019 before finally breaking out of that band and beginning the recent surge that carried it to double that by August 2020. That illustrates a valuable investing principal. A company can truly be doing all the excellent things that have contributed to a recent surge. But that doesn’t mean the price should be infinity. Chipotle was growing fast and innovating, had a first-rate management team and had identified this weird niche between fast food and fast casual, where they could price their food more like a traditional sit-down restaurant but still make their customers stand in line and bus their own tables.

It was and is a great concept. But the price had gotten ahead of itself and I didn’t want my readers waiting four years for the market to catch up.

I wrote in Esquire:

Despite all these positives, the company’s winning streak will be almost impossible to sustain for three reasons: 1) Chipotle had the good fortune of expanding during favorable markets for its two largest expenses—food costs (approximately one third of revenues) and labor costs (approximately 23 percent of revenues). 2) Chipotle’s success depends largely on its “culture,” which is much more fragile than it appears. 3) Although the company has not technically saturated its market, it may be expanding in ways that compromise its advantages.

My conclusion is supported by what ended up occurring. “This is a great company with great food and a bright future. But the stock is way ahead of itself.” 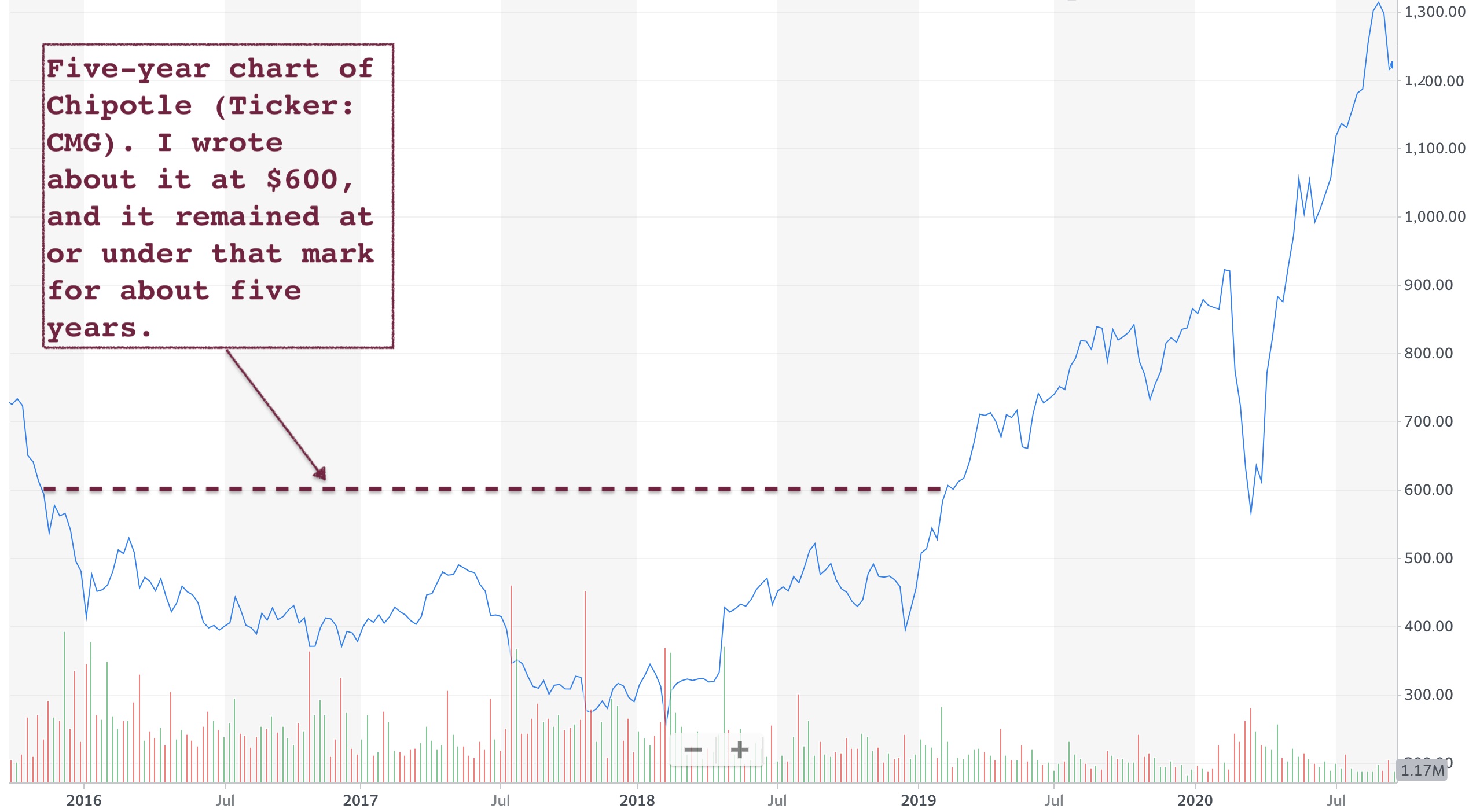