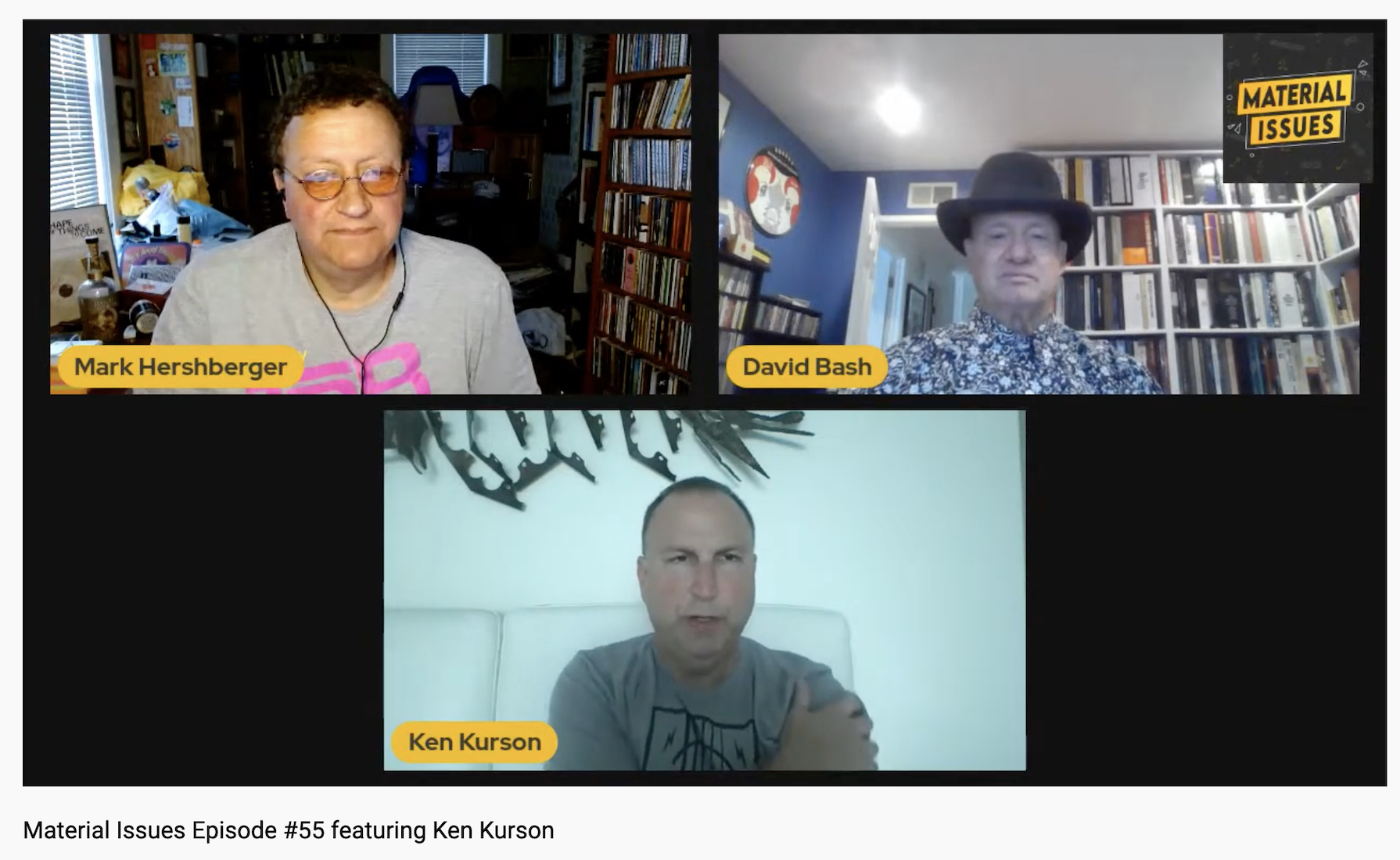 On June 8, 2022, I appeared for an hour on the podcast Material Issues. David Bash of The International Pop Overthrow Festival and Mark Hershberger of Pop Detective Records are the hosts of a show all about pop music and those who love it and some who create it.

After going on tv constantly in 2015, 16 and 17, I had said no to all media requests for several years by that point. I just got exhausted of talking about Trump and Kushner and politics, and the bad vibes were getting me down. Then, when I got in trouble myself, there was no way my lawyer was going to let me speak publicly.

Baruch hashem, my legal case finally ended. So when David, who has become a friend from International Pop Overthrow, the greatest power pop festival in the world, which I have reviewed several times and played at several times, asked me to appear on his podcast, I figured it would be a nice way to reintroduce myself to society and talk about music not politics.

Little did I know that it would be a video interview. I should have known, because I had actually seen a couple of his YouTube episodes before Episode 55, on which I appeared. But I guess I thought it would be optional. So when I called in to do my segment, I wasn’t dressed right and didn’t have the computer set up right, and I’m a lunatic about correct lighting and framing, and positioning of the camera. I would never dare use my computer’s built-in camera or simply rely on natural light only. That’s how ridiculous a snob I am about this stuff.

I quickly scrambled to get my set-up going, and we talked for an hour, and it went really well. I gather there were one or two snarky comments on the Facebook page of the podcast, but nothing I couldn’t handle. Both David and Marc are experts in the genre, far more knowledgeable than I am. I knew that going in, but I didn’t realize they were also very good interviewers. The podcast turned out great and my kids loved it. They’re actually really good interviewers.