I don’t care that much about sports. And it’s tough to write about sports because the people who do care really know a ton about it.

So the only time I really have something to say that involves sports is when there’s an angle that I can handle with greater insight—money or gambling or odds.

In the late 90s, ESPN had asserted its dominance of the airwaves and decided that it no longer wanted to let Sports Illustrated own the entire print world. They started ESPN Magazine in March 1998 and started spending big money to hire writers from top tier publications as staffers or freelancers. I was asked to contribute a story to their cover feature on “99 Sports Things To Do Before You Die” and I chose to write about the opportunities that were springing up for ordinary fans to participate in actually owning a piece of their favorite teams.

“Buy a Piece of Your Team” ran as Item #74 in the July 27, 1998 issue of ESPN and I remember a ton more people seeing it and commenting on it to me than I’d have expected. As it turns out, that issue featured several other Esquire staff writers in it. I remember at our next meeting, David Granger held up the magazine and made a really cutting comment to us about how much freelancing we were all up to and that was all I needed to hear. My career in ESPN Magazine ended with just this one piece. 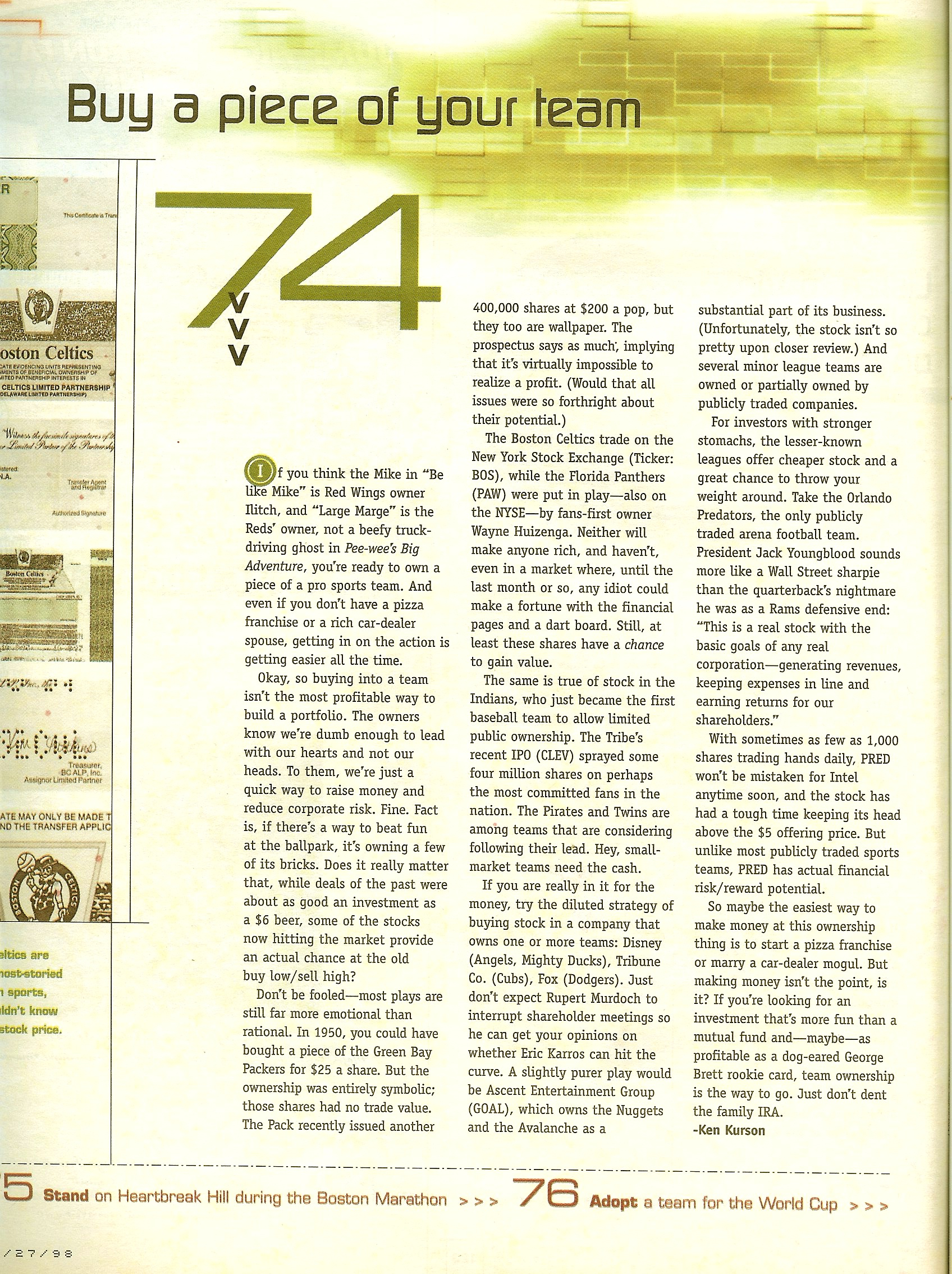