Just as the Reuters story had done a few months earlier, this story in the Associated Press from June 1996 resulted in a stunning number of inquiries and subscriptions, eventually stirring interest in Green Magazine from big corporations like Citigroup. It ran in papers all over the country and included Green’s 800-number.

Stories about Green were often paired with coverage of Beth Kobliner, the author of Get a Financial Life. She was a good sport about it, even though she probably felt, just as the Green people did, that her coverage was being bogarted. Looking back with the experience of more decades in media, the fact that we were both doing the “explaining finance to young people” thing probably helped us both, on the theory that “one’s an anomaly, two’s a trend.”

Sometimes, there’d even be a third voice added, the great Jonathan Hoenig. His Greed Is Good schtick isn’t really about young people, but his writing and thinking were so sharp—and he himself was younger than Kobliner or Kurson so he fit the part—that he occasionally got lumped in. 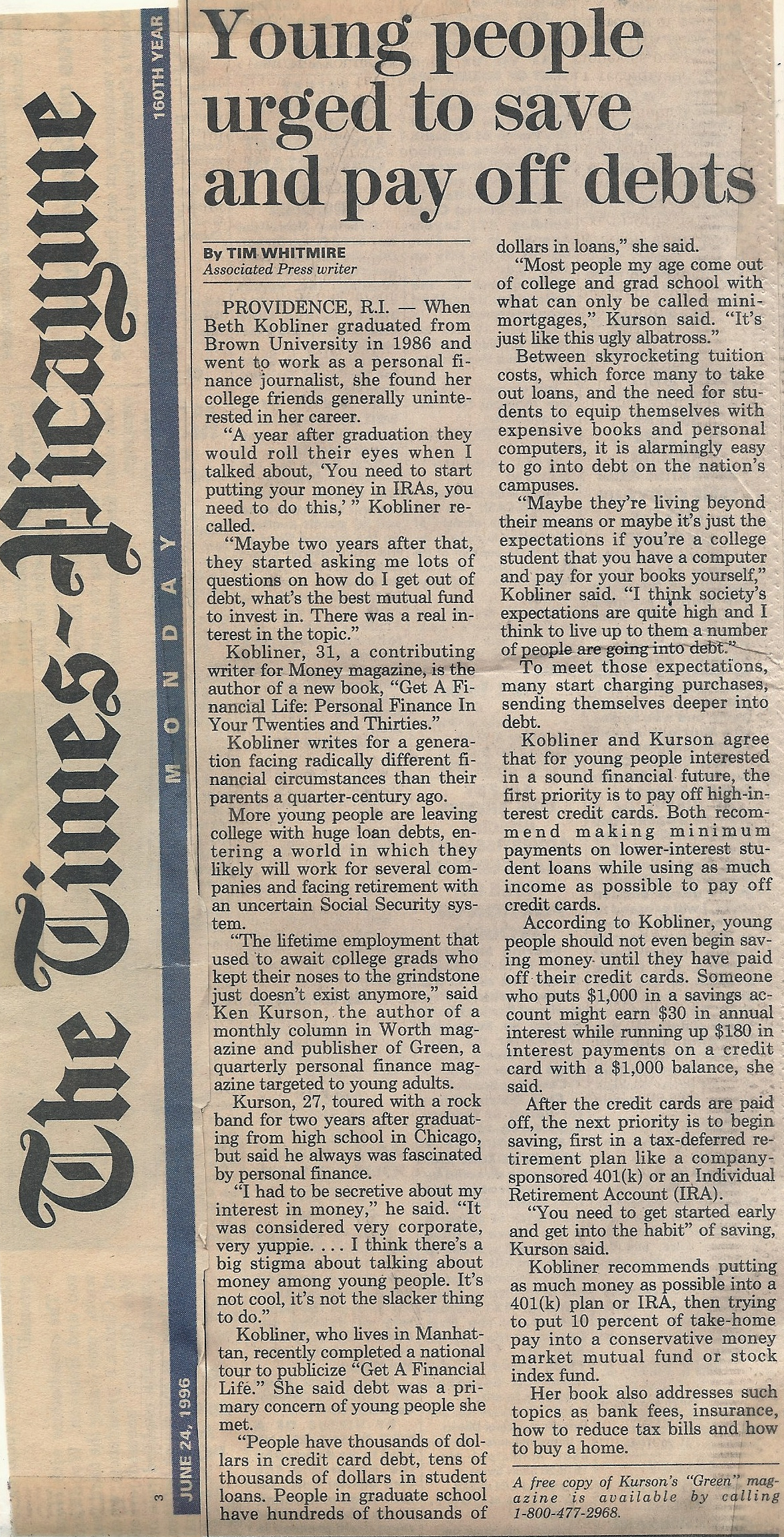