Like everyone, I grew up watching Ron Popeil sell his crazy inventions on television. He sold two million Chop-O-Matic hand vegetable cutters, and had hits with a wild variety of things, from the Pocket Fisherman to an electric pasta maker to my favorite, Spray On Hair. The New York Times hired me to interview him for the Magazine’s “One Question” feature at the front of the book. I talked to him for like an hour without really understanding that only a single paragraph would appear.

We got along really well, and I eventually published a much more thorough story in Green, but what appeared in the Times was so tiny it almost didn’t make sense. 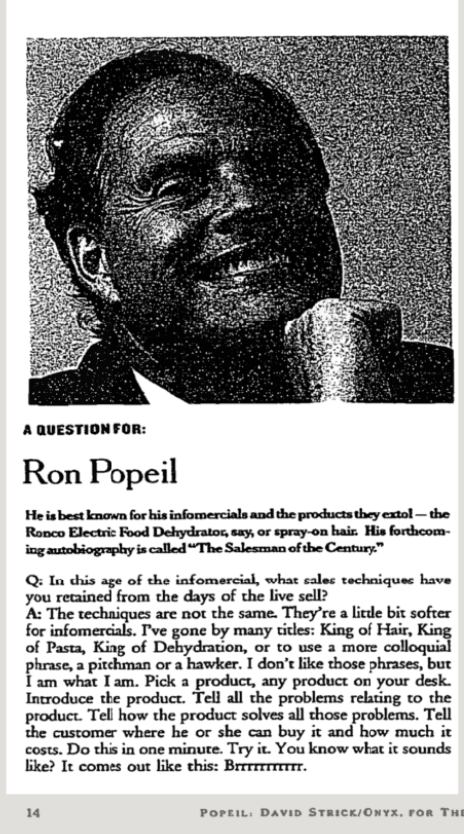