On March 4, 2017, The Lilacs played together for the first time since the early 90s to commemorate the 25th Anniversary of the release of the group’s only full-length record, The Lilacs Rise Above the Filth. The group headlined a Saturday night at Cabaret Metro and Greg Kot, the undisputed bard of Chicago rock journalism, wrote a beautiful piece previewing the show. 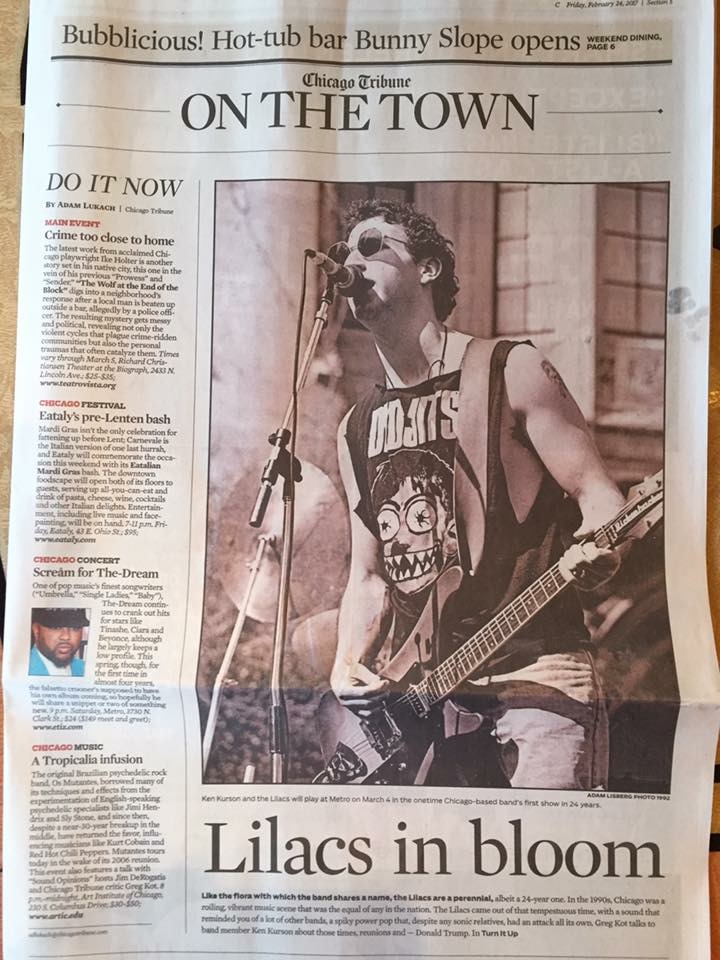 2 thoughts on “Chicago Tribune on the Lilacs 25th Reunion Show”