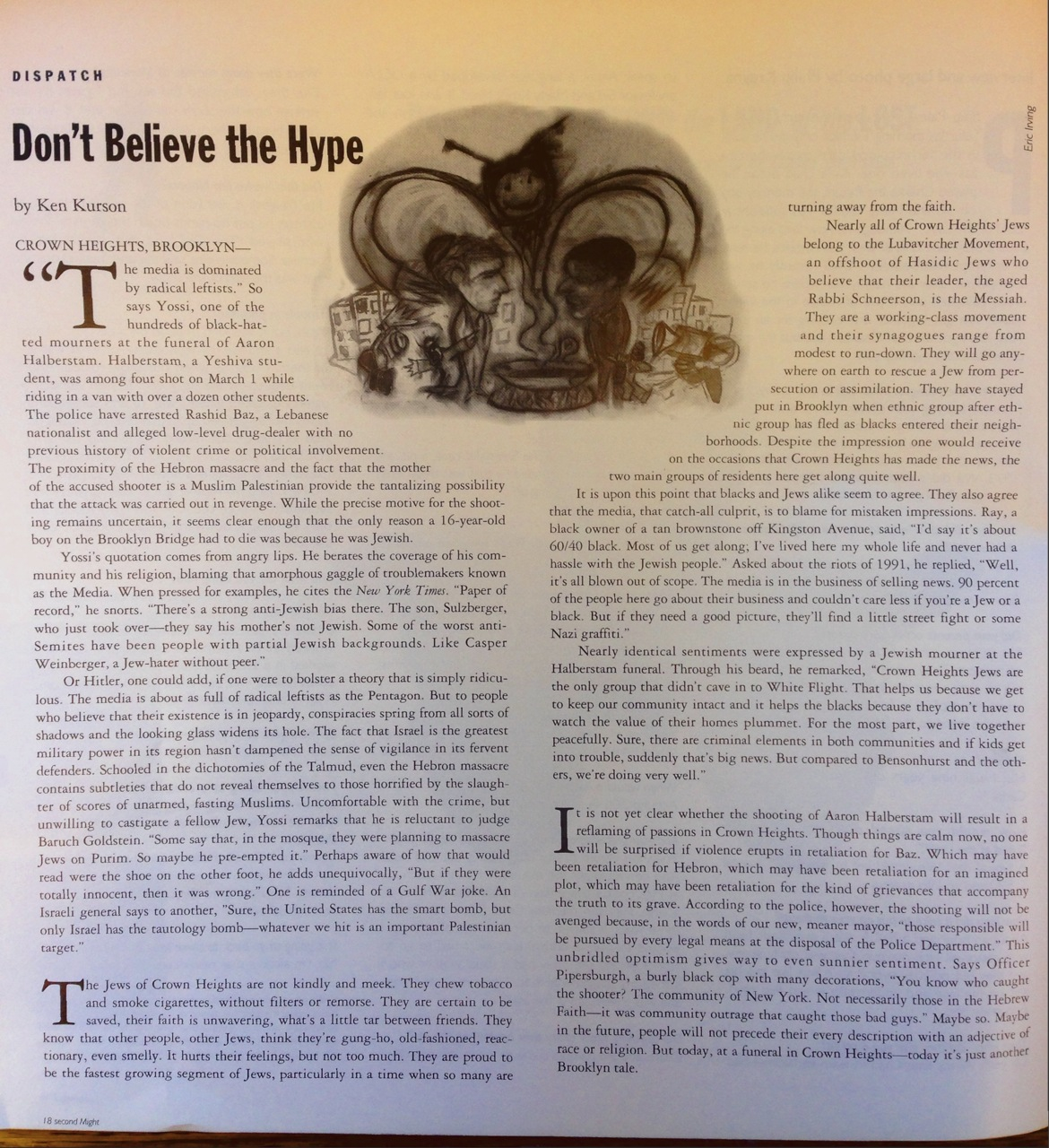 I went to Crown Heights in March, 1994, to do a story for Might Magazine in the wake of the murder of Ari Halberstam in Brooklyn.
A Jew named Baruch Goldstein had also just killed a bunch of Palestinians in Hebron. Tensions were very high. I was reporting and getting quotes from everyone. One Jew called Yossi told me he was reluctant to judge Goldstein. “Some say that, in the mosque, they were planning to massacre Jews on Purim. So maybe he pre-empted it.”
Perhaps aware of how that would read were the shoe on the other foot, he added, “But if they were totally innocent, then it was wrong.” Anyway, after I talked to a bunch of people, someone asked me if I was Jewish. I said, “Of course I am.” He asked if I’d put on tefillin that morning and I told him I never had, not even once.
Anyway, all of a sudden all these young guys (I’m 25 in this picture and these guys were 5-10 years younger than me) rushed over because you get a big mitzvah for putting tefillin on a Jew for the first time. They walked me through it and you can see that I look a little high from it.
Here’s a photo they took of me. 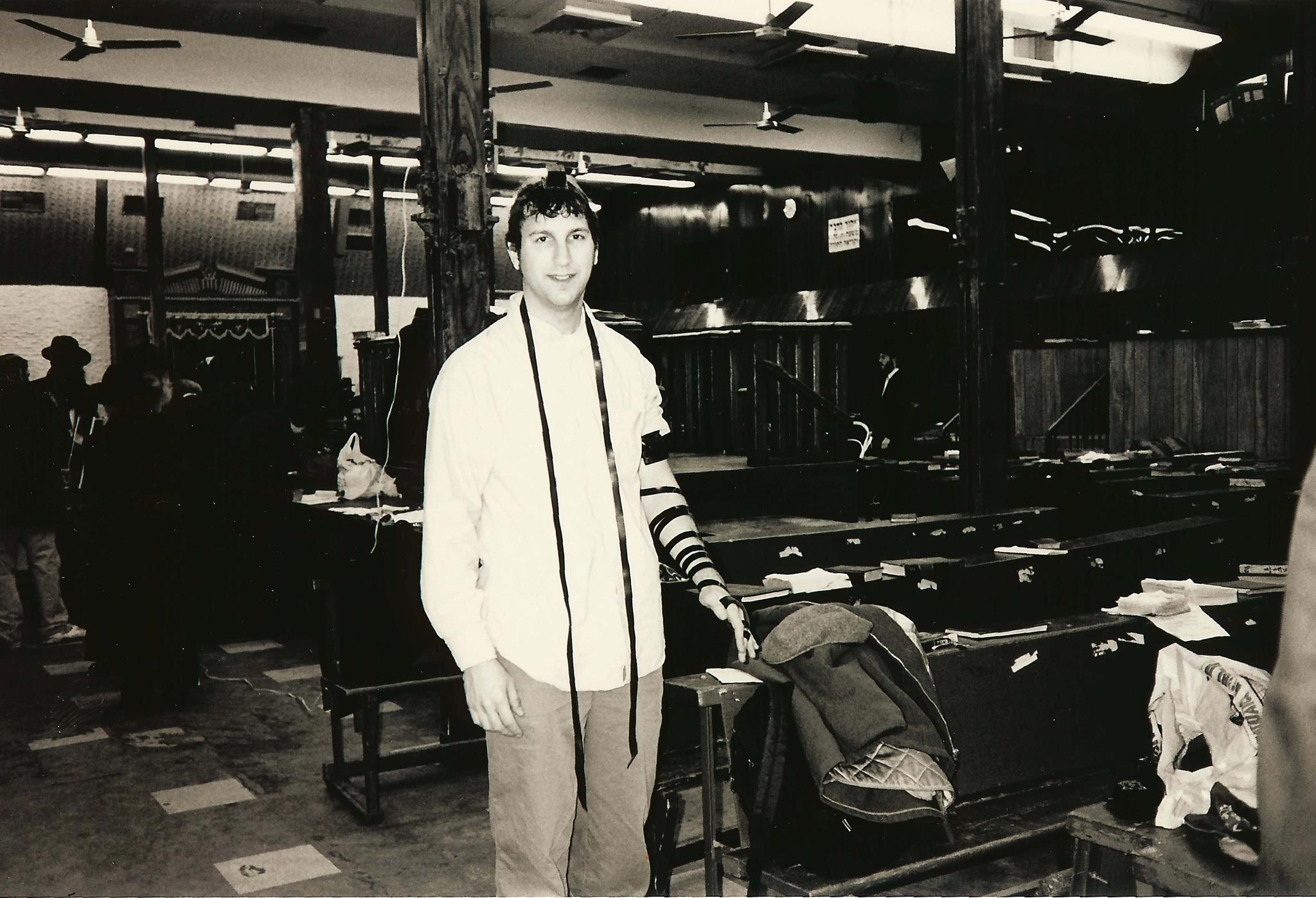